Odense has many enjoyable green areas

Odense is the ”capital” of the island of Funen between Jutland and Zealand. Odense is one of Denmark's oldest cities with a history that dates back more than 1000 years. Many tourists visit every year Odense in Denmark, because of Hans Christian Andersen. The famous fairytale author was born here in 1805. People come here to discover and learn about his life, visit the house where he was born, the museum and attractions related to Andersen.

You can also visit Denmark's Railway Museum, Odense Zoo and Brandts, which combines an art gallery, the Museum of Photographic Art and Denmark's Media Museum and the city also has a University.

You can follow a specific Andersen route in the city and every summer the city offers local actors play his fairy tales nearby the H. C. Andersen Museum.

You can also take an H. C. Andersen boat tour on the Odense River, where you can hear about the famous writer’s life in Odense. Every year in August Odense celebrate Hans Christian Andersen with a special festival event.

Odense is a city with good shopping possibilities

Odense is today a modern city with cosy pedestrian streets. Here you find all from shops and galleries to buzzing cafes and bars.

How to reach Odense

Odense is a very recommended stopover for a day or two.

Things to See and Do in Odense

The house in Bangs Boder 29 is the birthplace of fairytale writer Hans Christian Andersen, who was born here in 1805.

The Funen Village is a Danish open-air museum located Odense. Here you can see 25 buildings most of which date to the 18th and 19th century.

You find many shopping possibilities in Odense

The Danish Railway Museum in Odense is a real family attractions.

In the Footsteps of Hans Christian Andersen in Odense

Visit the cosy old part of Odense and get the spirit about the city back in time.

Visit the Tinderbox, where Hans Christian Andersen's fairy tales comes to life through play and storytelling.

In the recent years, the Port of Odense has changed a lot, presenting fascinating architectural apartment buildings together with new constructive business projects.

Brandt is Denmark's first museum of art and visual culture.

Odense Castle is located in the King`s Garden in Odense. The story of the castle goes back to 1200 Century.

In Møntergården in main historic center of Odense you will discover a cultural oasis comprising lovely courtyards, but also amazing buildings from the 16th century to the present day.

The Hans Christian Andersen Parade is a fantastic show with "21 Fairytales in 21 Minutes"
The show is free.

Welcome the museum of the world famous composer Carl Nielsen

Flea Market in the Historic Quarter

Flea Market in the Historic Quarter

Explore the cosy Flea Market in the historical part of Odense.

Back in 1716, a convent for unmarried women of noble maidens was founded by Karen Brahe. The convent functioned as such until 1972.

The Jelling Monuments are one of Europe’s finest Viking Age monuments on the Unesco Heritage list in Denmark.

Lego® are a Danish company and you find the original Legoland here just nearby the factory. The Legoland theme Park is one one the most visited attractions in Denmark.

Trapholt is a museum, where you can find famous designer furniture and pictures from modern artists.

Visit the only Viking ship in the world, still placed in the burial mount, where it was placed 1000 years ago.

At the old Egeskov Castle from 1554 in Funen, you can enjoy beautiful nature, discover history and fun at the same time.

A Zoo for the whole family with a lot of animals for all ages to explore.

Welcome to Odense’s most beautiful festival, creating life year after year in the city and on Funen

Free Things to Do

In the Footsteps of Hans Christian Andersen in Odense

Welcome the museum of the world famous composer Carl Nielsen

Hotel Plaza is one of Odense's oldest and most beautiful hotels.

City Hotel Odense is situated right in the middle of the Hans Christian Andersen quarter of Odense. 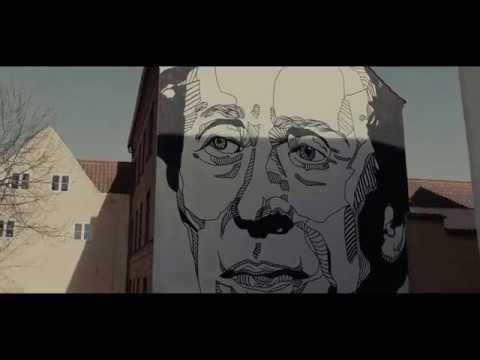 Inspiration for your visit

Hotel Plaza's exclusive atmosphere is the perfect setting for your romantic stay. Odense's pedestrian streets and sights provides plenty of opportunities for adventures and strolls hand in hand

The easiest way to reach Odense is by train or car.

Odense is the place to visit for cultural activities for all ages.

With the Odense discount pass, you get cheaper access to attractions, museums, city walk, etc....

Rosengårdcentret is one of the largest shopping centers in Denmark with over 150 stores on 100,000 m2.

The Ugly Duckling Restaurant is an old cosy recommended restaurant with a nice atmosphere nearby the H.C. Andersen Museum.

Lykkesholm Caslte is an old manor, which was first mentioned in 1329 and call...

When you visit Nyborg Castle, you step into an exciting and fascinating history.

One of Funen`s most beautiful Castles surrounded by amazing nature and sea.

Odense Castle is located in the King`s Garden in Odense. The story of the cas...