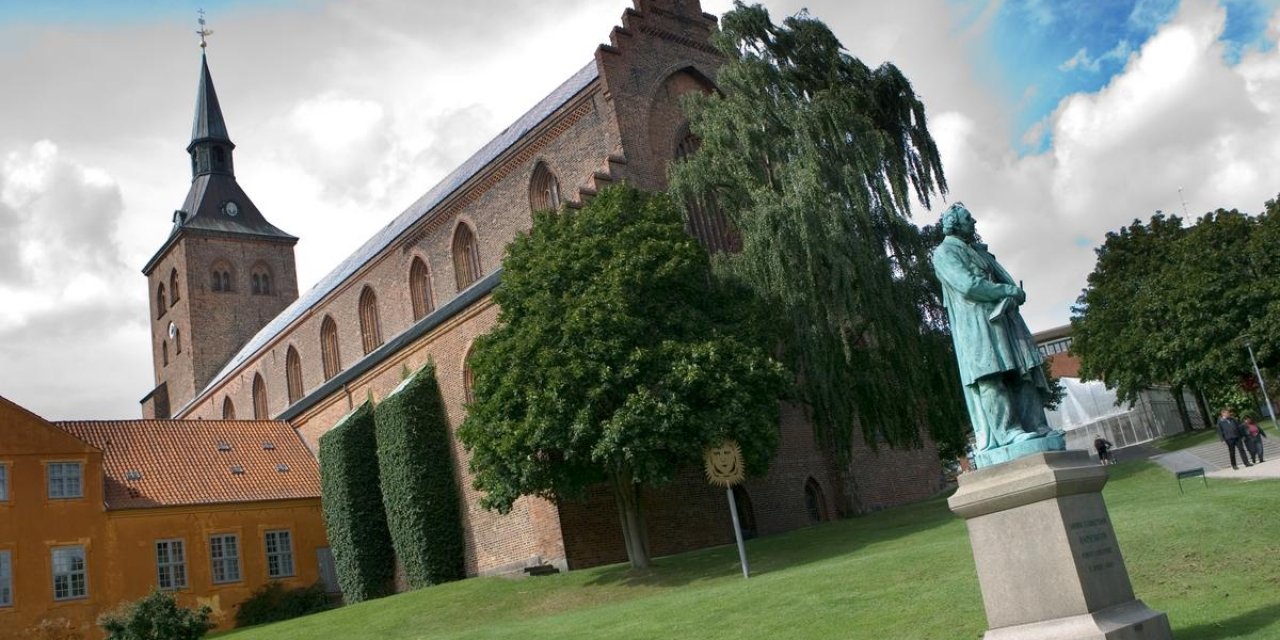 A Garden for the establishment

The Hans Christian Andersen Garden was originally established by a book club in 1876. Out from this fact, the garden was closed to the general public.

The book club was a library for the wealthy citizens of Odense. The members of the book clubs could enter the garden.

In 1942 the book club handed the gardens over to the Municipality of Odense. A reconstruction was made and parts were added from the monastic herb garden of St. Canute Cathedral and other fine gardens in the area.

The project was run by architects C. Th. Sørensen and P. Wad in collaboration with B. Helweg-Møller, who was the Town Hall architect.

The pergola, all the bridges and the “Chinese Wall” are designed and built to the highest standards, as befits a Town Hall garden. The original pergola contained an attractive pattern of diamond shaped beds.

First, in 1949 the statue of Hans Christian Andersen was erected in the garden. The beautiful sculpture work was created by Louis Hasselriis. Close by – in the river – there is an Erik Heide sculpture of a paper boat, dating back to 1985.