Lapland Region is not a country, but a region larger than the United Kingdom. Lapland is one of the last unspoilt nature wilderness in the world.

It is located in the Arctic area in the north of the three Nordic countries, Norway, Sweden and Finland.

Whether it is the amazing wild nature, whales, reindeer or eagles, you are likely to encounter some unusual wildlife as benefits the unusual terrain. The special geographical position has produced an impressive range of flora and fauna. In general, the raindeers are the most eye-catching of the region´s animals.

The main towns are Rovaniemi and Ivalo in Finland, Hammerfest, Tromsø and Narvik in Norway and Kiruna, Luleå and Gällivare in Sweden.

Lapland is composed of Finnish, Norwegian and Swedish provinces, which answer to national governments in Helsinki, Oslo and Stockholm.

Sami - the indigenous people in Lapland

The north of Lapland is known as Sápmi, the home of the Sami people, and Inari, Utsjoki and Hetta are the main communities.

The population is estimated at around 80000 people, and there are living most Sames in Norway with 50000 people. The reindeer has been the centre of Sami culture for thousands of years.

Within the last 10 years, the Lapland region increased the number of tourists a lot, because of the better infrastructure and connections to the region. Destinations like Kiruna, Tromsø and Rovaniemi attracts many tourists, who want to explore the unique scenery, adventure experiences and local culture

A less populated destination with the most magnificent nature. An eldorado for adventure lovers.

Northern Norway will captivate you whatever you go in the summer or winter.

When you visit Finnish Lapland you will forget all about the busy life, agreements, pollution and annoying noises.

Visit Kiruna the most northerly town in Sweden, famous for the Jukkasjarvi Icehotel.

Tromsø is the largest city in Northern Norway, also known as the gateway to the Arctic or even the Paris of the North.

In Jukkasjärvi, a tiny little town 200 km north of the Arctic Circle, you will find the iconic ICEHOTEL.

This property provides a unique experience in Saariselkä area of Finnish Lapland.

Welcome to SnowHotel and Lapland.

The Igloo Hotel in Norway is situated in idyllic surroundings next to the Alta River.

It is in the middle of the night and the sun is still shining north of the Arctic Circle in Northern Norway. Here the summer days lasts for weeks and months.

The Arctic Cathedral in Tromsø, also known as 'Ishavskatedralen' was dedicated on November 19, 1965. The architecture is inspired by the angular shapes of the Arctic winter ice.

This group of petroglyphs in the Alta Fjord near the Arctic Circle, bears the traces of a settlement dating from c. 4200 to 500 B.C.

Explore the history and life of the Vikings be visiting Lofotr Viking Museum.

Find out about the most impressive evidence of the Samies, their history, culture and lifestyle.

The Sámi Parliament was established in 1989 and meets four times annually. 39 representatives are elected from seven constituencies every four years.

Compared to the high latitude, Norway has a mild climate, because of the influence of the warm Gulf Stream.

In Norway, no matter the season, you should always bring a variety of sensible layers to add or remove according to the temperature.

Getting to Northern Norway

Getting to Northern Norway

Northern Norway sounds like an unreachable far away destination, but you will be surprised how excellent the transport connections and infrastructure are extended to this exciting region. 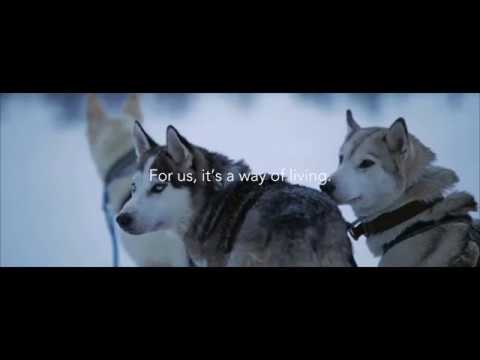 Get to Know Lapland

Get inspired about where to go for Northern Light.

Discover and learn about the northernmost indigenous people of Europe.

You will find one of Finland`s largest tourist culture attractions in Rovaniemi in at the Arctic Circle in Lapland.