One of the most visited museum in the Nordic countries you will find in Stockholm. The Vasa Museum has over 1 million visitors every year.

In summer 1990 opened the Vasa Museum's new building in Djurgarden in Stockholm, and the Museum opened by HRH King Carl XVI Gustaf.  Vasa Museum has celebrated its 25 years anniversary and is one of the most visited museums in the Nordic countries.

The sheer scale and the beauty of Vasa are breath-taking, almost 700 wooden sculptures and figures adorn her length and breadth. Vasa is 69 metres long, and the warship sank on its maiden voyage in the middle of Stockholm in 1628 and was salvaged 333 years later in 1961.

The ship was repaired and rebuilt over the last half-century, but 95% of the ship is original and shows the original glory. It`s decorated with hundreds of carved sculptures. You can outside the museum see the height of the ships original masts.

In the Museum ten different exhibitions are telling the history of the life on board the ship. You can also sit down and look at the film, translated into 13 different languages.

There is a souvenir shop in the museum. Children under 18 years have free access to the museum.

Nearby the Vasa Museum

One of the most popular family attractions in Stockholm.

Get to know ABBA, one of the most popular pop music groups through all times.

Skansen in Stockholm is the oldest open-air museum in the world.

Grand Hotel Stockholm is one of the leading luxury hotels in the Nordic countries with a prime position on the city's waterfront as a waterfront landmark .

Located only five minutes from the city centre, the Pop House Hotel offers beautiful, calm and frothy atmosphere from the surroundings of the Royal Djurgården.

As leading choice in the Swedish capital, the Radisson Blu Waterfront Hotel provides an ideal location in the heart of the city.

From Sheraton Hotel you have magnificent views over the historical Stockholm.

Welcome to Hotel C in Stockholm – central and personal with inspiration about the city.

Scandic Continental has a prime location right in the city centre of Stockholm. 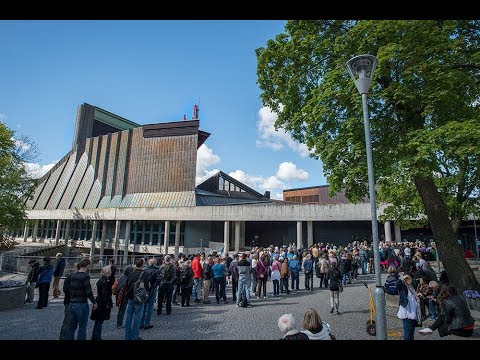