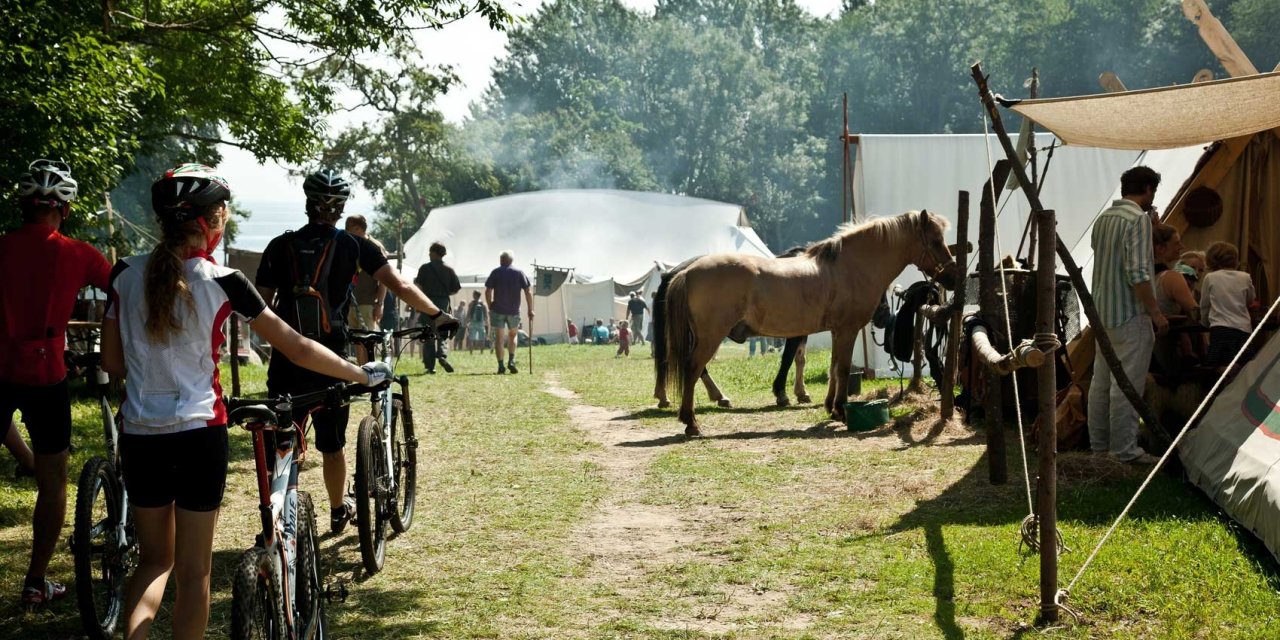 Experience the dramatic history about Aarhus and the Vikings

Aarhus is one of the oldest cities in Denmark, and the history goes back to the 8 century.

The most impressive with Aarhus is the fact about the city has remained the original town center, in contrast to older cities like Ribe and Hedeby. It makes Aarhus quite a special city in the Nordic countries.

The Viking Museum is located in the basement underneath the Nordea Bank in Skt. Clemens Torv' Square.

During an exhibition tour through the museum, new textual contents, a modern interior with new posters and exhibition cases, and improved lighting will present the evidence about the Viking town Aros past the last 1200 years.

Also, you will find sound pictures have been added, and there is now a TV screen showing an animation of a Viking attack on Århus.

You can also explore a detailed model of the city Aarhus at the time of Harold Bluetooth – around 980.

This special model is developed to provide a greater perspective of Aros in the Viking Age. This special build city model also indicates that some 1200 years ago the Vikings founded Aarhus – at the very same spot and level where The Viking Museum is situated in the basement underneath the Nordea Bank.