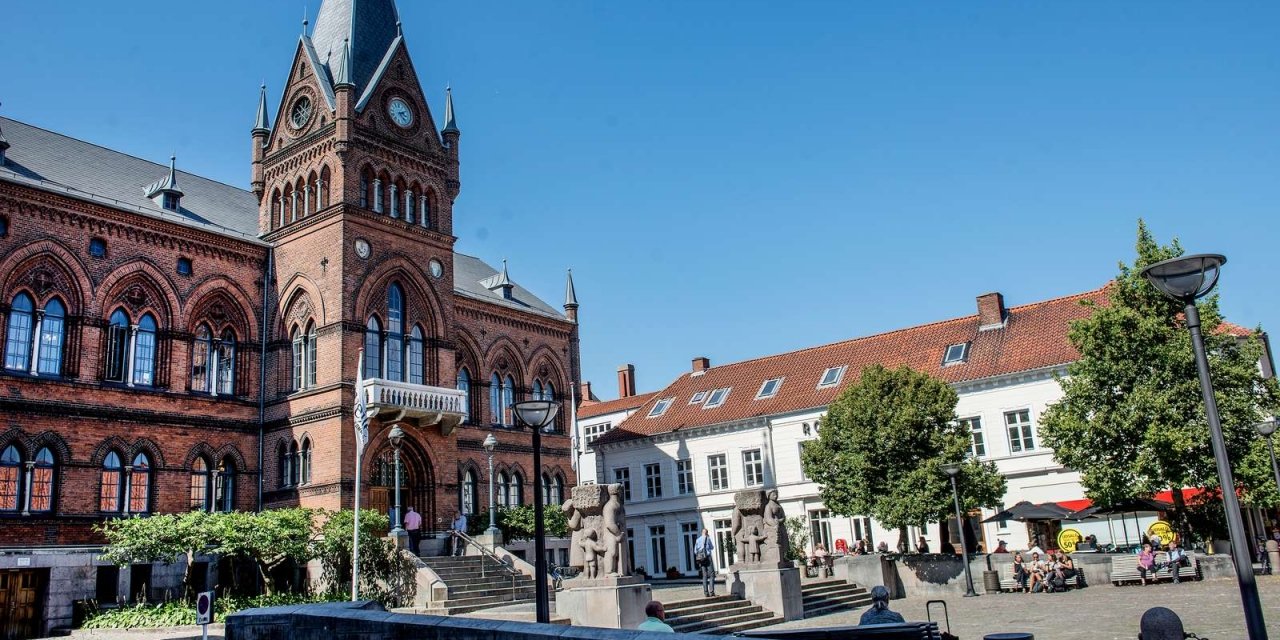 The Vejle Town Hall is a neo-Gothic building. The architect Carl Lendorf designed the building in the years 1878 - 1879 and opened up in November 1879.

It is the fourth town hall in Vejle, and it was later restored by the renowned architect Martin Nyrop. Vejle's first town hall was built around 1460 and burned 70 years later in 1530

The town hall is located where the former medieval monastery, the Domicile Monastery, originally houses the so-called black bread mansion. The city hall clock in today's town hall is the same as the one who called a fair in the old monastery. In an inscription on the old bell is in Latin: I call the Living, I wake the dead.

Today, Vejle Town Hall houses the city's criminal and civil court on the ground floor and the former meeting hall for the city and county council on the first floor, which is now being used for representative purposes.

Rådhustorvet, the square in front of the City Hall, has in Vejle's history been the natural gathering point for popular events such as the liberation of Vejle on 8 May 1945 and celebration of Vejle Boldklub's championships in football etc.