The Urnes Stave Church is the oldest and most highly decorated of stave churches.

Way back similar chuches was found around in Europe, but only the Norwegian ones have survived. Of the original approximately 1,000 churches, 28 remain. The wooden church of Urnes (the stavkirke) stands in the natural setting of Sogn or Fjordane.

It was built in the 12th and 13th centuries and is an outstanding example of traditional Scandinavian wooden architecture. It brings together traces of Celtic art, Viking traditions and Romanesque spatial structures. 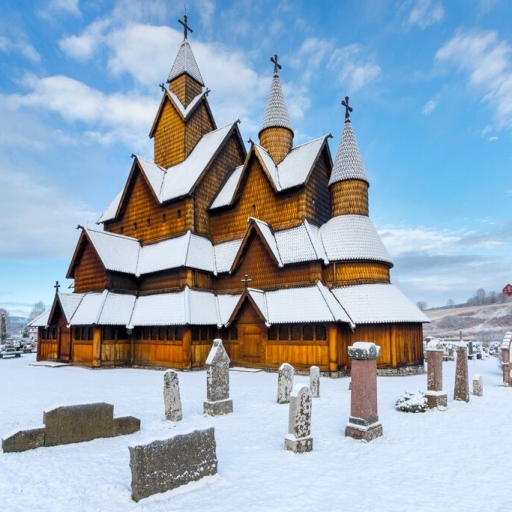