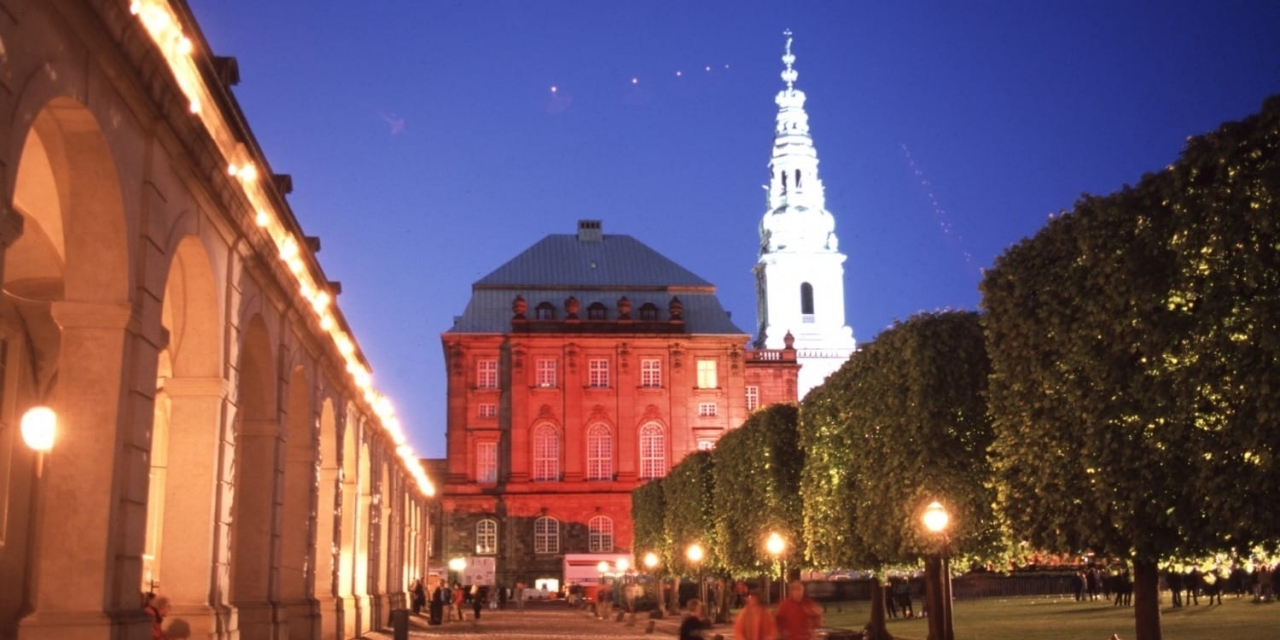 The Royal Stables in Copenhagen

﻿The Royal Stables at Christiansborg Palace

Every year when the Queen has banquets at Christianborg Palace, the beautiful horses are hitched to the coach in gala harness to convey their royal passenger.


The finest vehicle in the stable is the Golden State Coach from 1840. It is coated with 24-carat gold leaf. Queen Dowager Juliane Marie`s state coach is the oldest coach from 1778.

The new and still existing stable complex were constructed from 1738 to 1745. The complex included an outdoor riding ground surrounded by buildings containing an indoor riding school as well as stables with room for a total of 87 riding horses and 165 carriage horses. Part of these stable buildings has still remained unchanged since their inauguration in 1746 with an extravagant decoration of marble pillars.

A museum with 3 departments.

The museum has three departments: The Harness Room with old uniforms of the Royal Stables and the splendidly decorated eight-horse harness with a wealth of lovely details - the actual Stables with the Royal Family's carriage and saddle horses, and finally the Coach Hall with old well-preserved state coaches and carriages.

The Royal Stables are regularly open to the public but during the holiday period, the horses are turned to grass.

The Royal Stables are located at Christiansborg Palace on the island of Slotsholmen.