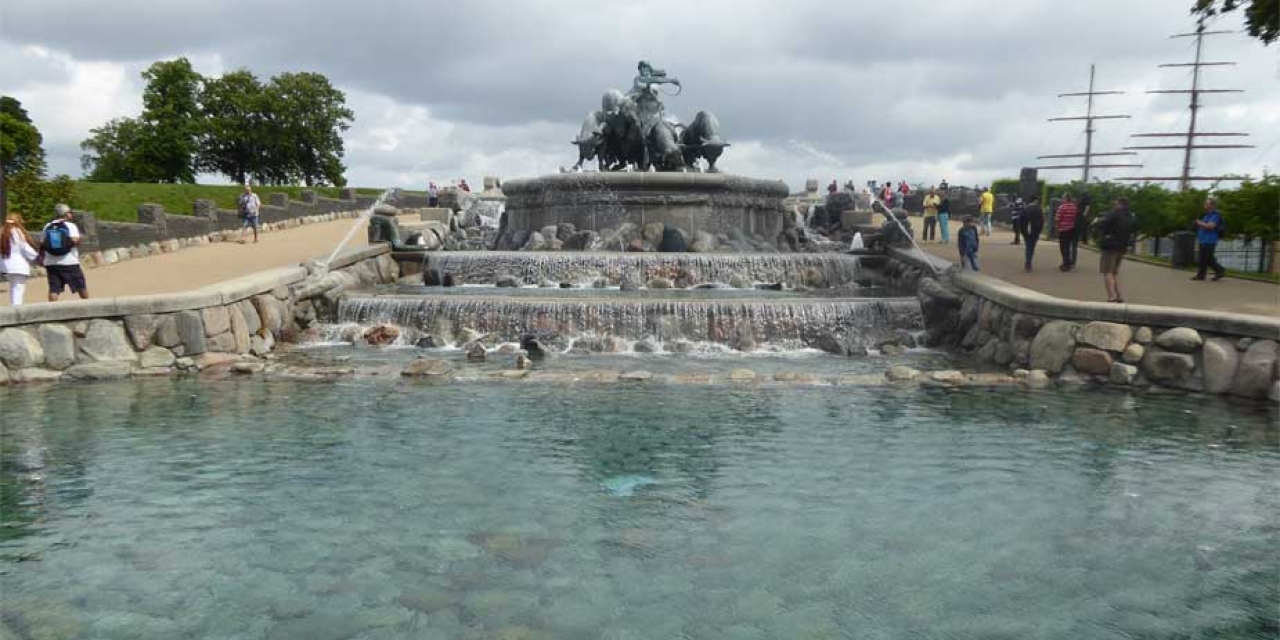 The Gefion Fountain nearby the Little Mermaid is the most famous fountain in Copenhagen.

It features a large-scale group of animal figures being driven by the legendary Norse goddess, Gefion.

According to an ancient legend, Gefion was the goddess who ploughed the island of Zealand out of Sweden. The Swedish king Gylfe offered the goddess Gefion as much land as she was capable of ploughing within one day and one night. A bit of Sweden Gefion received help only from four oxen.

She had transformed her four sons into immensely powerful oxen and had them plough so deeply in the ground that they raised the land and pulled it into the sea. This is how the island of Zealand was created. The lake Vännern in Sweden approximately resembles the shape of Zealand, proving that there must be some truth in the story.

In 1999 the Gefion Fountain went through extensive renovations. As a result of the reconstructions, the Fountain was out of commission for many years and was re-inaugurated in September 2004.

You will find the Gefion Fountain located in Langelinie Park next to Kastellet and is the largest monument in Copenhagen and used as a wishing well.