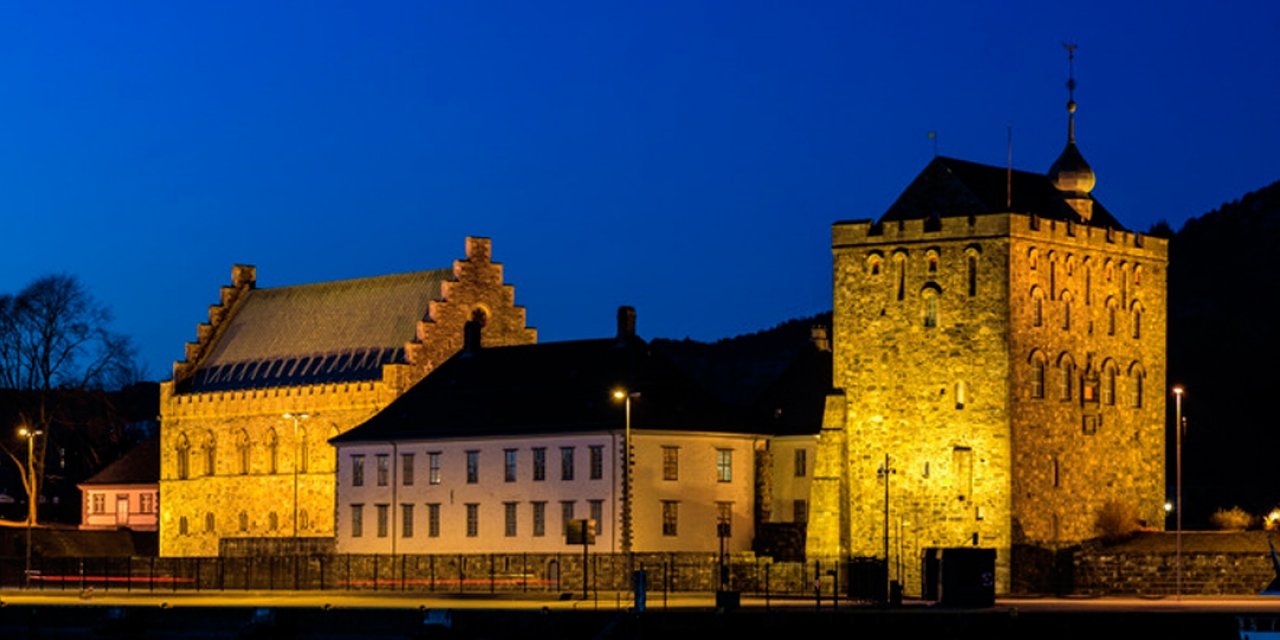 Bergenhus Fortress was built and completed in 1261 to protect the entrance to the port of Bergen. The King Haakon’s Hall is the only surviving part of the royal palace built by King Haakon IV Haakonsson (1217–1263).

It is a three-story building with a cellar in the basement, a number of rooms on the first floor and a large hall in the uppermost storey.

The building is constructed of stone, mostly massive coursed rubble, but with corners, windows and doors in ashlar. Bergenhus Fortress Museum is located in the storehouse building and was opened on 9 April 2006 by resistance hero Gunnar Sønsteby.

It holds three separate exhibitions called the Women's contribution to the defence, The Resistance in the Bergen area in during Worl War II and The Bergen press in a time of crisis.

You will find Bergenhus Fortress located next to Bryggen Wharf in Bergen.

Guided tours, films and lectures can be booked for groups and school classes. There is also a library at your disposal.
Please telephone +47 55 54 63 87 during opening hours to make a booking.