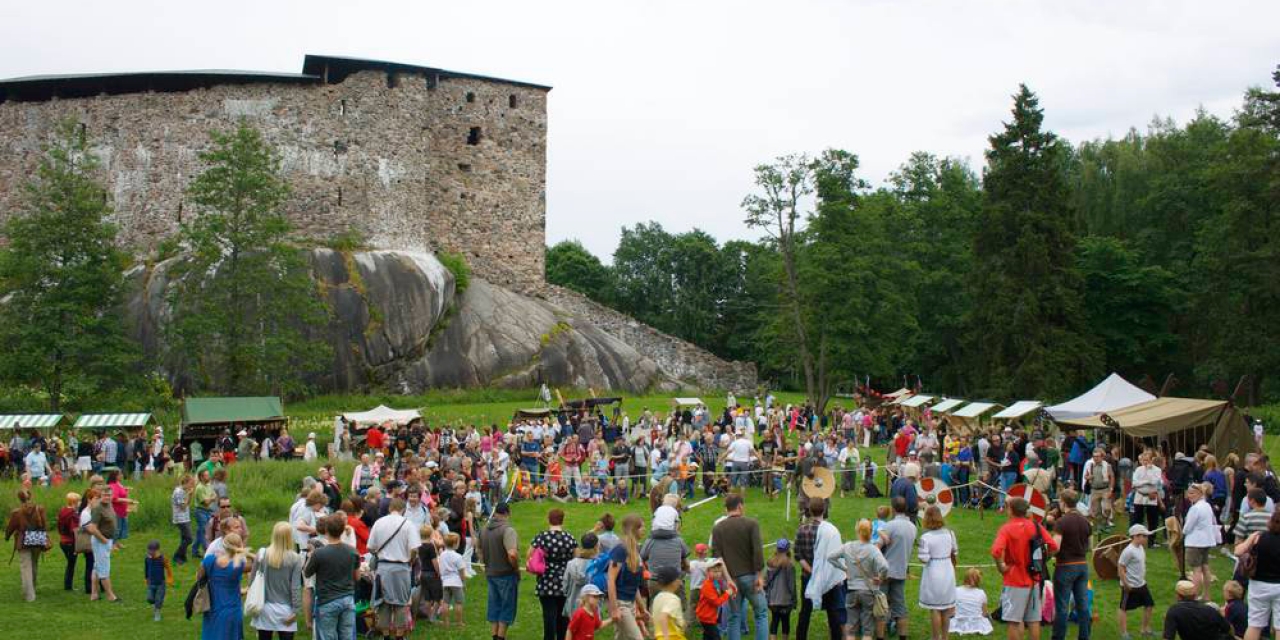 No castle in Finland matching this dramatic castle.

Raseborg castle ruins, situated on a cliff on Raseborgsån, are the remains of a castle, probably built in the 1300s, where the rock surrounded by water. Raseborg that writing is first mentioned in a letter dated in 1378, is a typical medieval castle of simpler type held in a long construction period.

Raasepori had perhaps primarily commercial importance. It was built in protected mode on the south coast, presumably to defend Swedish interests against the successful Hanseatic town Reval (Tallinn) in Estonia. The castle was seen as an important point of support evidenced by the fact that both the Danish and Swedish troops plus more undefinable pirate fleets, fought for supremacy over the castle.

On the so-called Galgbacken north of the castle ruins were executed in December 1520 Bishop Hemming GADH. It was the Danish King Christian II getting even with his political opponents.

When Gustav Vasa seized power in the Kingdom of Sweden and Tammisaari town in 1528 became the administrative center of Castle County Raseborg lost its strategic importance.

Today you will find a restaurant and cafeteria.  Events like  wedding-, birthday- and other celebrations in the Castle Guard´s Lodge as well as in the Raseborg Castle is normal.

Also a dramtised guided tour in the Raseborg Castle to your visit with the Castel Lady Katarina or an other historical person is recommended. Or take a walk with the artist Helene Schjerfbeck to the village of Snappertuna, where she painted several works of art 1890-91.