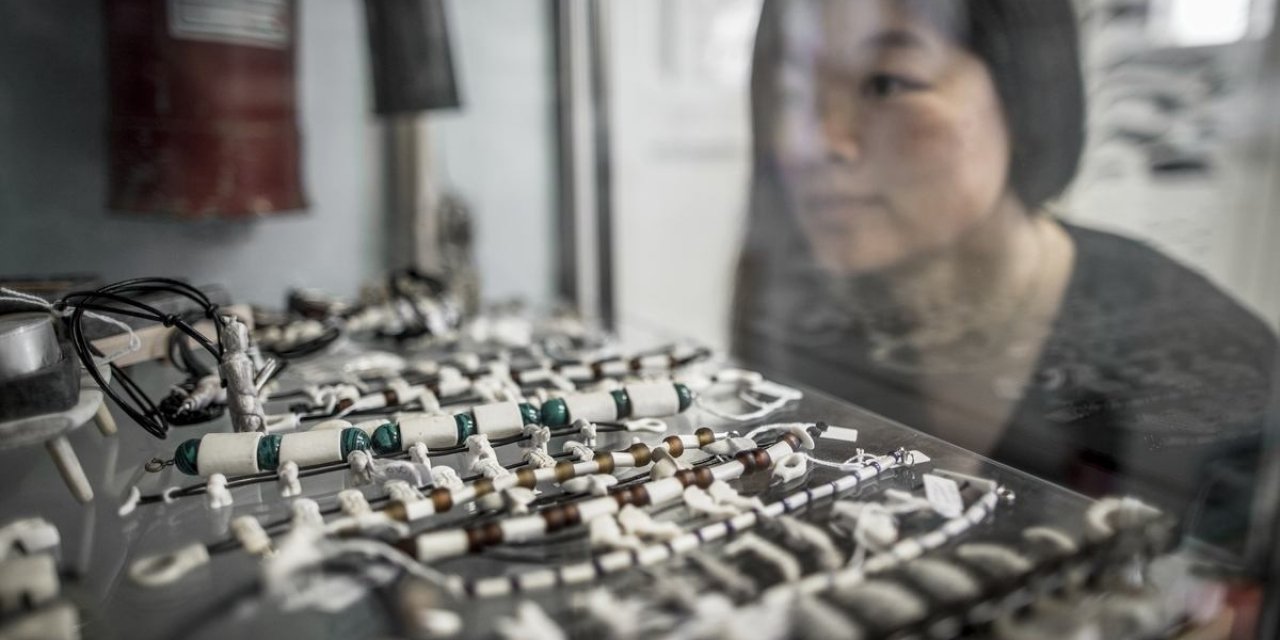 Stroll the pedestrian walkway in the city centre to shop in boutiques, souvenir shops and the Nuuk Center.

Relax with a cup of strong coffee, and the obligatory piece of cake in one of the city’s many bustling cafés.

Make reservations at one of the fine dining restaurants in Nuuk. The only thing that rivals the intense flavours of Greenlandic delicacies, is the chef’s artistic presentation.

The most famous souvenir

The most popular free-standing carvings are traditional Inuit tupilaqs, small, grotesque figures that resemble Hawaiian tikis.
In Greenland's capital of Nuuk, on the west coast, two shops have large collections of quality carvings by local artists, Anori Art, on the hill above the Greenland National Museum, and Tupilaq Craft & Furs, diagonally across from the Katuaq Cultural Center.

Tupilaqs sell for $95 on up, while other sculptures sell for $80 for a 6-inch soapstone carving of a whale's flukes, an Inuit magical totem, to $800 for works in bone or horn by name artists. Beautifully carved pendants of traditionally dressed Inuits, polar bears, whales and abstract natural forms in bone or horn cost from $50 to $100.

Greenlandic fashion designers unite the wilderness with the city. They combine practical clothing suited to the Arctic climate with wonderful lightness.
Different materials from very different parts of the globe are drawn together in a cosmopolitan patchwork, and fashion designers proudly incorporate their ancestors' hunter-gatherer culture into collections that work both within and outside the Arctic.

Thousands of years of highly developed techniques in sewing animal skins are combined today with the simple and practical-yet-elegant Scandinavian style.

In the major towns supermarkets are typically open on weekdays from 10:00 - 17:30, on Fridays until 18:00 and Saturdays from 09:00 - 13:00. In many towns, however, there are corner shops and grocer's shops that have longer opening hours and which are also open on Sundays.